Bui Xuan Phai (September 1st, 1920 – June 24th, 1988) was born in Kim Hoang village, Van Canh commune, Ha Dong province (Hanoi, Vietnam). He was a student of the Painting Section of the École Supérieure des Beaux-Arts d’Indochine class XV (1941-1945); a member of Vietnam Fine Arts Association (1957). From 1947 to 1952, he joined the August Resistance in Hanoi and took part in artistic activities in North Vietnam. 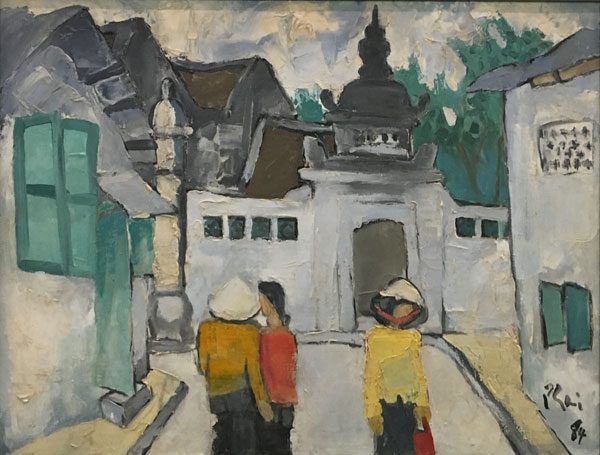 Afterwards, he wrote and illustrated newspapers in Hanoi (1952 – 1954); taught at the Hanoi Fine Arts College (1956 – 1957); became a creative painter of Vietnam Fine Arts Association. During his composing process, he was awarded a medal “For the Cause of Vietnamese Art”. Watching his paintings, viewers can sense a spiritual life with a charming Hanoi old quarter – a unique style called “Pho Phai” (Phai’s Street). 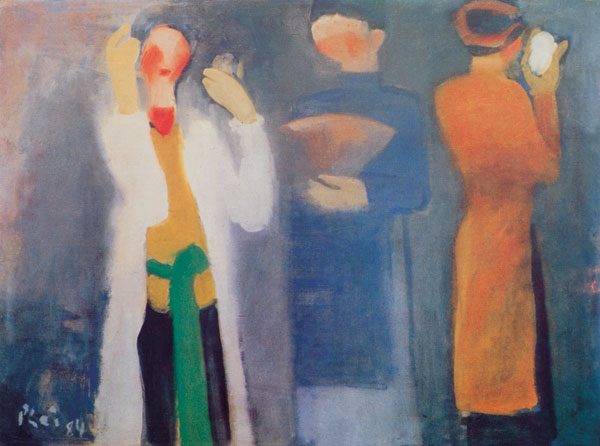 Bui Xuan Phai – Before curtain time (Truoc gio bieu dien), oil paint (1984). Vietnam Museum of Fine Arts
During his career, he drew not only the city but also drew other subjects regarding to cheo, the countryside, mines, portraits and he brought highly appreciated works of all themes. He had 6 solo exhibitions in Hanoi. There have been many books written about him, most recently with a few sets of books “Bui Xuan Phai – life and work”. They were written by two authors – painter Bui Thanh Phuong (his son) and art collector Tran Hau Tuan, and published by Fine Arts Publishing House. These books provided fairly detailed information about Bui Xuan Phai’s life and works. Currently, his paintings are kept in the Vietnam Fine Arts Museum and in many private collections inside and outside the country. His house at No. 87 Pho Bac, Hanoi is considered as a small museum displaying his works and his son’s works. 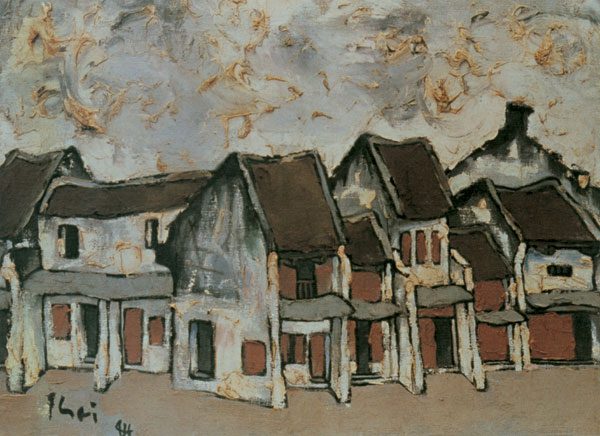